The Simple Mission: How It All Began 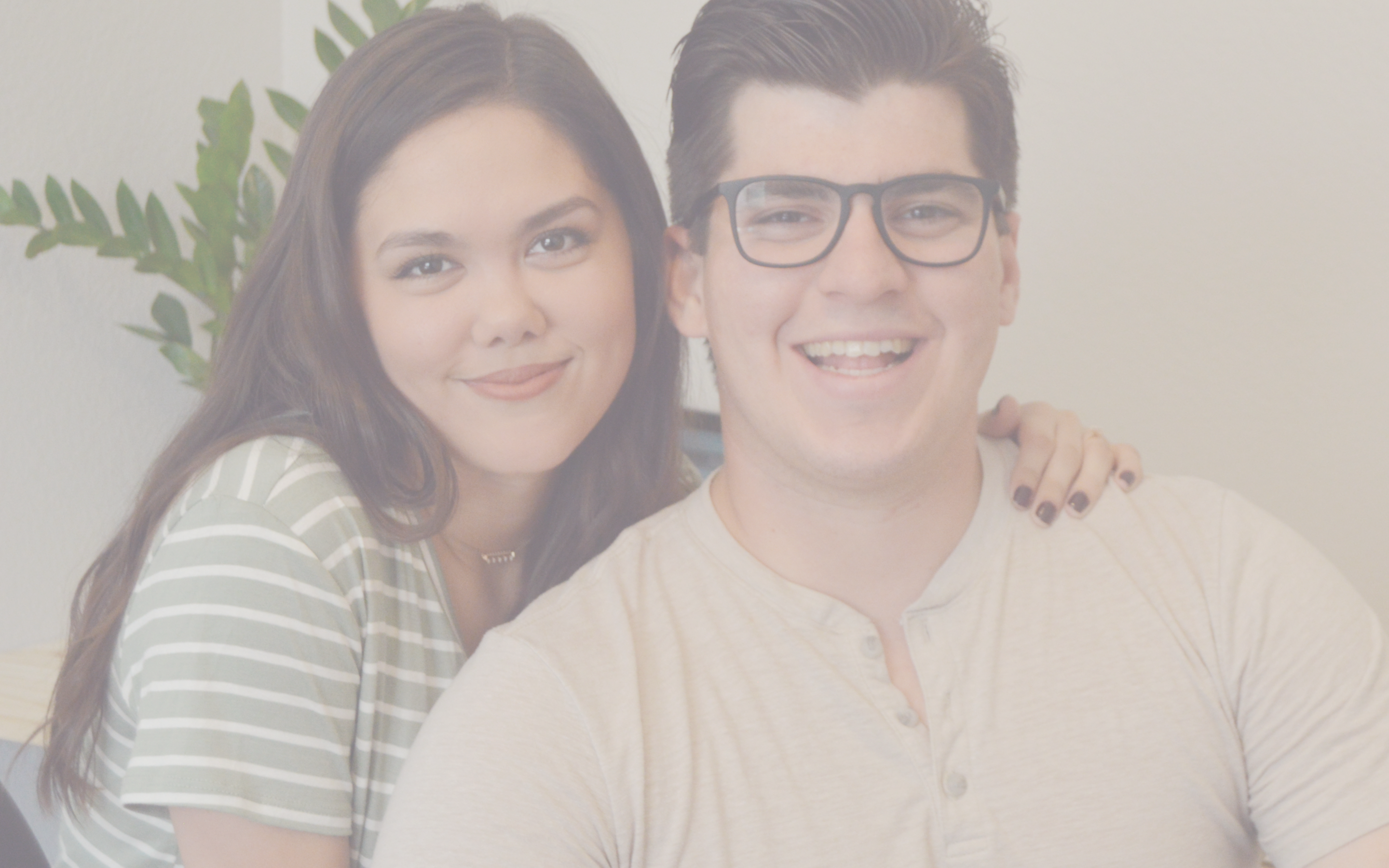 David and I met at his brother-in-law’s birthday party. His sister, a new church friend, texted my sister and I if we wanted to come to her husband’s birthday get-together. I almost stayed home. The reason being was I get nervous meeting new people because I am naturally shy. But, my sister really encouraged me to go and make new friends since we were praying to God to bring new, godly friends. I didn’t know I was going to meet my future husband that night. I met David, quickly introduced myself, then turned away. Awkward? I know.

But, there was something different about him, and I couldn’t quite put my finger on it. He was very loud, super funny, and, most of all, warm and inviting. I couldn’t help but feel drawn to him, wanting to be closer to him so I get to know him a little more. Even though we hardly spoke to each other the first night we met, I thought about him the whole way home, when I laid down in bed, and every single day after that until I saw him again.

Two weeks, when David came to a Wednesday night service at church, he was sitting by himself. And, I thought to myself, “You know, I am just going to ask him to sit next to me.” If you knew me as a person, you would be so shocked I asked a man to sit next to me in church. Even though I was nervous, I felt at peace about it. Sitting next to him in church felt like home.

A group of our friends, including his sister and brother-in-law, all went out to dinner after church. Because I was out in a group with my close friends, that’s when I felt like I can be more myself, let my walls of shyness down so David can get to know me. Later that night, he FINALLY had the courage to message me through Facebook. A few weeks later, we went out on a cute coffee date that lasted for almost three hours.

I was living with my brother-in-law and sister trying to save money and waiting on tenants to move out of my house so I could move in. I was at a stage in life where I had been single for quite some time working on my relationship with Christ and trying to improve myself by increasing self education time through reading and writing. I honestly had no place to call home and was at an in-between stage in life. My brother-in-law’s birthday was approaching and we were all talking having a small get together at his house. Bust out the board games, pop some popcorn and have a good time. We set a date and a time and started to invite friends and some family. My sister invited a few of her friends, which included Lianna and her sister. The birthday evening soon approached, we were all excited to celebrate.

A few started showing up to help get things ready then Lianna and her sister walked in. Introduced myself to the both of them, said hello and went to go talk to some of the other guys. During the party, I kept making eye contact with Lianna. I would get all nervous and excited, probably turned red a few times when we looked at each other.

The evening started to wind down and I told myself to ask for her number when we said goodbye. We walked up to each other, gave a quick side hug and said goodbye quickly. It all happened so fast that I could not get the words out of my mouth for her number. That night I lay in bed thinking about all the fun we had and how I met this amazing and stunning Latina.

A couple weeks went by and I wanted to church on a Wednesday night. My brother-in-law and sister were out of town, so I decided to go by myself. I arrived a little early and chatted with a few of my friends. I make my way to a seat. Before the service started, I felt a little tap on my left shoulder. I turn and it was Lianna smiling at me, and said that I could sit with her since I was alone. I immediately bounced up with a huge smile and followed her to where she was sitting. Sitting next to her in church felt so comfortable and relaxing. I had a little feeling that we would be sitting next to each other in church for many years to come. I told myself again that just had to ask her for her number. As church ended and we said our goodbyes, I could not get up the courage to ask her. I had two chances to ask and nothing would come out of my mouth, and I was so frustrated.

A few days passed, I could not stop thinking about her so I looked her up on Facebook, added her as a friend and sent her a message for her number. She responded quickly and gladly gave me her number. I called her, we chatted for a little while. Talking to her on the phone felt so good and peaceful inside. Before we hung up, I asked her on a date to get coffee one evening. She responded with, “Maybe…” then she texted right after and said yes, of course! I was super excited about the coffee date. I was looking forward to it up until we sat down face to face, gazing into each others’ eyes over a hot cup of coffee.

As we sat at the coffee shop gazing into each others eyes I knew that this was different, way different. We both talked about our dreams, aspirations and goals. We talked about family and friends, talked about our past and how we have grown from it. We were both so open with each other it was crazy! I (David) told myself that I was going to be an open book and tell her everything. I had never done that before with anyone on a first date, it was amazing. We both laughed a lot and I’m sure the people in the building thought we were crazy or something.

On that first date, we both discovered something really unique and special. Our dreams, goals and aspirations were almost the same. It was awesome! We had both never met anyone that almost had the same dreams as each other. After a few dates, we became a thing and started going steady. About a month into our dating relationship, we started to serve together in a youth group on a weekly basis. Serving together at a young time in our dating relationship was essential to setting the tone of the relationship moving forward. It was so fun to serve together for the youth and help impact their life.

I (David) was driving home from work on a random day, was praying and talking to the Lord about the new relationship, I (David) had a strong feeling that maybe we should do a devotional together. At first, the idea seemed a bit odd. Who does a marriage devotional while dating? That’s a little different. But, Lianna had brought up the conversation of dating while going home one night, and she straight up said, “I am dating for marriage. Are you on the same page?” And David said yes, he 100% agree. After this topic was brought up, we began to talk about marriage about a month into the dating relationship. So, I (David) ran with the hunch and ordered two of The Love Dare by Stephen and Alex Kendrick devotionals, one went to Lianna and the other to me. I gave her a call and told her about the prayer, the hunch and the devotional headed her way. She was a little surprised, but was down for it.

For the first devotional together, we decided to meet at the same coffee shop that we went on our first date. It was an amazing, Godly experience that brought us even closer to the Lord and each other. In the back of the devotional book it had intentional questions to ask one another.

One of the first questions from the devotional was, what is your greatest hope and dream? We both answered that we both wanted to write a book to help others find their mission in life. When I (Lianna) told David that I’ve always wanted to write a book, this was something I never shared with anyone. It was a very personal dream of mine which stayed put in my heart until that day. I was terrified to tell David because I knew once I told him this, he was going to encourage me to do it no matter what.

From then on, we would dream about our future together, realizing we both have a desire to help others reach their mission in life, which is only possible through Jesus Christ. We were brainstorming on how to even start something like this. It was the scariest, most unknown dream ever, but we knew God placed this mission in our hearts to live it out. We decided on a name during the month of October 2018…The Simple Mission. We knew we wanted a name that represents what we believe in: living an intentional, simple life for Jesus Christ. The rest fell into place. How? God showed us every step of the way.

However, we had to wait on this dream. I (Lianna) was still finishing up my last year of college, and David was busy with his work schedule while we were engaged. And we still had to get married, so we were up to our ears in wedding planning. It wasn’t until after we got married on June 22, 2019, a few weeks later, that we began to pursue our dream, The Simple Mission. 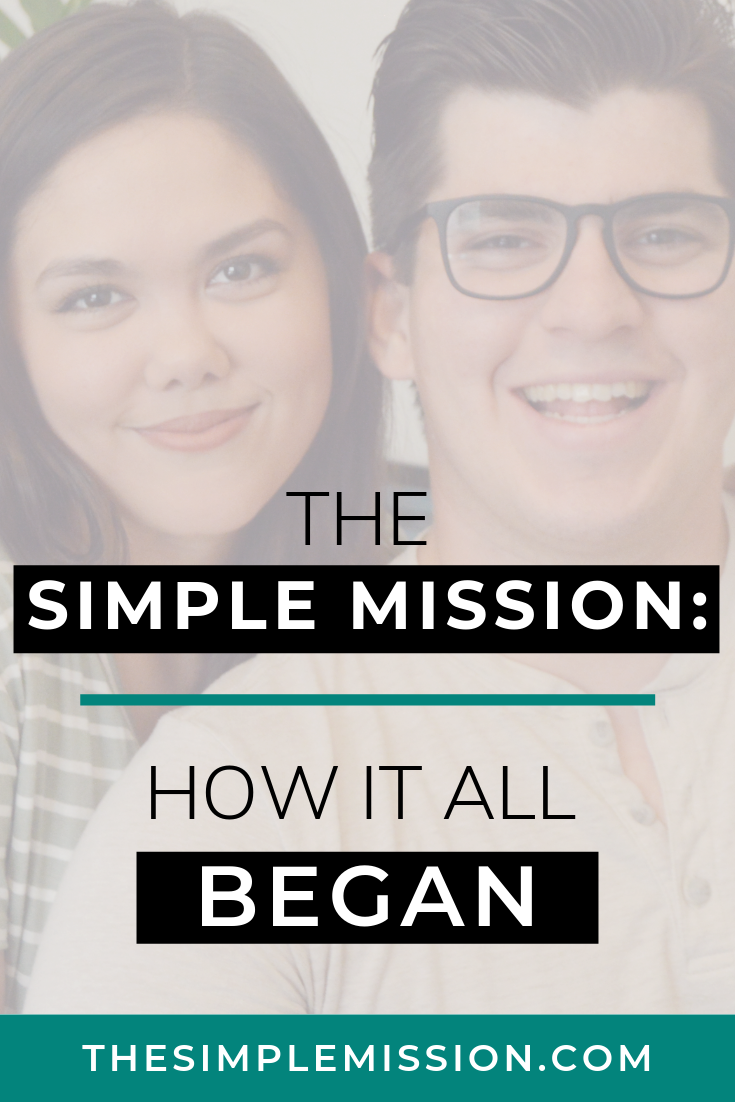 Every other Monday, you will recieve simple tips & a quick Bible-centered encouragement.

We won't spam you & you can unsubscribe anytime :)

This website uses cookies to improve your experience while you navigate through the website. Out of these cookies, the cookies that are categorized as necessary are stored on your browser as they are essential for the working of basic functionalities of the website. We also use third-party cookies that help us analyze and understand how you use this website. These cookies will be stored in your browser only with your consent. You also have the option to opt-out of these cookies. But opting out of some of these cookies may have an effect on your browsing experience.
Necessary Always Enabled
Necessary cookies are absolutely essential for the website to function properly. This category only includes cookies that ensures basic functionalities and security features of the website. These cookies do not store any personal information.
Non-necessary
Any cookies that may not be particularly necessary for the website to function and is used specifically to collect user personal data via analytics, ads, other embedded contents are termed as non-necessary cookies. It is mandatory to procure user consent prior to running these cookies on your website.
SAVE & ACCEPT

Join the community of

We promise not to spam you & you are free to unsubscribe anytime :)